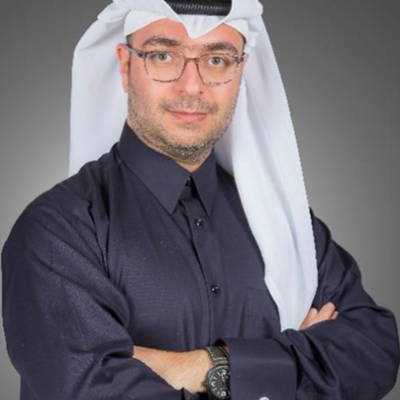 Mohamed Jaidah joined Jaidah Group in January 2005 after finishing his business degree. When he first joined his mission was to establish the marketing department for the group and as such took the position of Marketing Manager. Over the years, his responsibilities within the company grew and he took charge of the company’s business development in order to address the needs the group had in expanding its portfolio of brands and services. In June 2014, Mohamed Jaidah was named Group Executive Director at Jaidah Group, and as such he leads the companies’ operations, business development activities,strategies and management of the Groups’ divisions.
Jaidah Group has a diversified range of business activities with divisions spanning several sectors, including Automotive (as the sole agents of Chevrolet), Equipment and Industrial Supplies, Electrical supplies, Oil and Gas services and products, and Real Estate.
In parallel, due to his educational background and passion, Mohamed established Firefly Communications in late 2007 as part of his determination to contribute to advancing Qatar’s media sector. Firefly Communications is the owner of Qatar’s leading publishing house, in addition to offering a full service of communications that includes Branding and Marketing, Public Relations, Events, Video Production and Photography. In 2011, Mohamed created 60 Degrees, one of the leading local advertising and branding agency in Qatar with a team of more than 40 people and reputable clients such as Qatar Foundation, Hamad International Airport and Salam International to name a few.
Mohamed Jaidah is passionate about entrepreneurship, and was elected President of EO (Entrepreneurs Organization) Qatar chapter for two years in a row (2013 and 2014). He also holds a position on the Steering Committee for the Qatar Media Industry Forum.
Mohamed graduated from a BA in an international Management from ESSEC in 2005 in Paris.